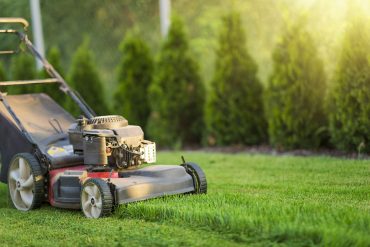 Warmer weather draws our attention to the outdoors and a visit to the garden centre will be top of the to-do list for many as their thoughts turn to gardens after the slow start to spring. But being sure of the ground rules is a good idea before you start.

Hitting headlines recently, have been several cases where homeowners have acted outside the law, and some who failed to act, but each having an impact on the rights of others to enjoy their own land.

Trees are subject to a number of protections these days but are sometimes still removed by householders without permission.  To tackle the problem, local authorities are taking action by focusing attention on the economic advantage gained by homeowners.

In one recent case, the owner of a property in Dorset cut down eleven trees, including mature oak, beech and sweet chestnut, which were covered by a tree preservation order, a TPO, which required council consent to prune, coppice or fell them. The removal of the trees gave more light to the side of the property and increased the usable garden size and was estimated to have added £137,500 in value to the £2m home.

Owner David Matthews had been given an earlier warning after breaching a TPO, and despite arguing that he had taken the action to protect his grandchildren from falling branches he was ordered to pay a sum equal to the increased value under a Proceeds of Crime Order, together with fines and court costs, to a total of £170,000.

In another case being investigated by the Forestry Commission, a land developer has been accused of destroying woodland in South Devon before applying for permission to build new homes. When a site has trees on it or next to it, a would-be developer must provide an expert’s report on trees and the overall ecology of the site, with proposals for their protection, as part of the planning application process.

Residents living nearby were upset by the loss of the woodland and its ecology, saying it was a wildlife corridor for the area, claiming that the woodland had been destroyed by developer Dave Holloway in December 2018, before the tree and ecology surveys were conducted in January this year.  The Forestry Commission are reviewing the case and considering whether to take action.

But while these residents were concerned at the loss of trees, the reverse problem is equally likely to occur, when failure to prune or lop trees affects neighbours.  In one case that is going to court, a London homeowner is being sued for damages of £500,000 by her neighbour, who claims that a lack of control of four sycamore trees has damaged their property. They argue that tree roots have extended under their property and caused subsidence, in a long-running dispute that has seen arguments over the garden fence for the past five years. Talia Lehmann, who is 80, will be facing off in court, not just the neighbours, but also the freeholder of their property, in the case which will be heard later this year.

Another unwelcome visitor across boundaries that may put neighbours at loggerheads is the hugely destructive Japanese Knotweed.  Recently a fine of £18,000 was imposed on a property owner under anti-social behaviour legislation, for failing to deal with the invasive garden menace. New powers were introduced in 2014 under the Anti-Social Behaviour, Crime and Policing Act 2014 and in this case the owners had ignored a community protection notice, ordering them to get rid of the knotweed.  When no action was taken, the local authority prosecuted, and the resulting court order includes a requirement to hire a specialist company to implement a treatment plan.

Residential Property Solicitor Laura Finnigan of Thompson Smith and Puxon solicitors commented:  “Boundary disputes can be one of the most heated areas for homeowners.  If you’re concerned about hedges or trees growing over into your property, or if you can see a problem like Japanese Knotweed next door, then the starting point is to have a quiet chat with the neighbour.  If they don’t tackle the problem, then you may have to consider action.

“Hedges and trees must not be a nuisance or affect your enjoyment of your home or garden, and you can trim branches or roots that cross into your property from a neighbour’s property or a public road, but only as far as the property boundary.  More than that, and it could be your neighbour taking you to court for damaging their property.”

In conservation areas, or where trees or hedges are protected by a TPO, council permission may be required for pruning and cutting back.

The Thompson Smith and Puxon Residential Property team can help with all types of residential property matters, in particular, your purchase, your sale or your remortgage. They can be contacted on 01206 574431 in Colchester or 01255 221919 in Clacton or by email at movinghome@tsplegal.com.

Alternatively, if you have a dispute with a neighbour that you need help with contact the TSP Dispute Resolution team on 01206 574431 or by email at info@tsplegal.com.