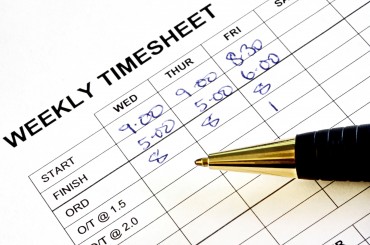 Businesses that use flexi-time schemes should take note of a recent Employment Appeal Tribunal (EAT) judgment that an employee, who was not paid on termination of employment for over 1000 extra hours worked under a flexi-hours scheme, had not suffered an unlawful deduction from wages.

The EAT decided that, in the absence of an express term in the scheme regarding payment on termination, it was wrong to imply a term that the employee was entitled to be paid for accrued hours that he had not taken off in lieu.

The EAT recognised that the poor drafting of the flexi-hours scheme was at the heart of the problem in this case. The scheme differentiated between those employees who were entitled to overtime payments and those who were not and did not address the issue of payment on termination of employment at all.

To avoid this type of dispute, businesses should ensure that the terms of flexi-hours schemes make it clear what will happen to accumulated hours on termination and should, ideally, make sure that employees manage their accrued hours to avoid a significant build-up.

Unlawful deduction from wages: A worker can complain to an employment tribunal if their employer has made an unlawful deduction from their wages. A “deduction” occurs where the total wages paid on any occasion by an employer to a worker is less than the net amount of the wages “properly payable” on that occasion, unless it is attributable to an error of computation.

The employment tribunal will need to consider all relevant circumstances when determining whether a sum is properly payable and this will inevitably involve assessment of the contractual position. In the absence of an express contractual term, the tribunal may consider whether there is an implied term regarding payment of the sum in question.

Implied terms: When the express terms of a contract between the parties fail to deal with an issue, the court will consider whether a term is implied “in fact”. The rationale for implying a term in this way is to reflect the parties’ intentions when the contract was entered into. The court or tribunal will consider what a reasonable person would have understood the parties’ intentions to be, given the background knowledge reasonably available to the parties at the time they entered into the contract.

The content of this Business Briefing is for information only and does not constitute legal advice. It states the law as at March 2014. We recommend that specific professional advice is obtained on any particular matter. We do not accept responsibility for any loss arising as a result of the use of the information contained in this briefing.