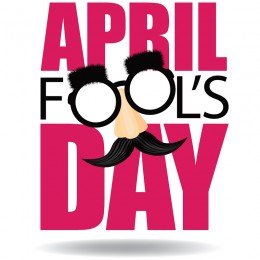 On 1 April 2013 major changes come into force so far as eligibility for Legal Aid in cases of relationship breakdown is concerned.  From that day forward, certain categories of cases will be excluded from the Legal Aid Scheme regardless of the financial circumstances of the person concerned.

The areas which were previously within the Legal Aid Scheme but which will now fall outside the Scheme include divorce, family disputes over children and over finance and property.  These categories of case will only attract Legal Aid if there has been domestic violence.

It has been estimated that the changes will mean that perhaps 200,000 cases which would previously have attracted Legal Aid will now fall outside.  How are the people affected by this going to be able to have access to justice?  What if one party to the dispute can afford legal representation and the other cannot?  How can the Family Law justice system claim to be fair in these circumstances?

In cases where one party has substantial resources it might be possible for the other party to apply for interim financial support, to include an element to put towards his or her legal costs.  However, in practice such cases are likely to be few and far between, first because of the cost of making such an application in the first place; second because of the potential time scale for such applications; and third because there may not be sufficient resources available to make it possible for one party to contribute to the other’s legal fees.

So in the absence of Legal Aid or assistance with costs from the other party, what can people do?  They may feel that they have no choice but to deal with the case without access to legal advice or representation, which might not be a comfortable experience, particularly if the other party has a lawyer representing them.  The alternative is to instruct lawyers to do as much or as little as the client requires and is able to afford.  For example, some people may be uncomfortable dealing with documents but have no reservations about speaking in court, while others may be very happy to deal with forms and documents but be apprehensive about attending court without a lawyer to represent them.  Lawyers need to be more alert to these factors and be willing to consider dipping into cases when the client requires help but not to “run” the case from start to finish.  Estimating costs for taking a case from the cradle to the grave can be difficult, as it is uncertain as to how much work will be needed, particularly as in Family work so much hinges on the approach adopted by the other party.  Estimates often have to be revised and updated, and will rarely be reduced.  However, if a client wishes to retain a lawyer to carry out only a limited piece of work, such as the preparation of a Financial Statement, then, once the lawyer has understood the nature of the case and the issues involved, it should be possible to give the client an accurate estimate of the costs of carrying out that particular piece of work.

Many people who would previously have qualified for Legal Aid will now have to make potentially difficult decisions over how their case is to be conducted.  Family lawyers need to be sympathetic and imaginative when it comes to payment options, e.g.  instalment payments lasting beyond the end of the case itself, offering specific items of work in bite-sized chunks on the basis of a fixed or agreed fee, etc.

The changes in Legal Aid in Family Law cases are significant, but, if clients and lawyers work together to find the best way to deal with a given situation, then in many cases it should be possible to provide legal advice and representation within a costs framework which is acceptable to both client and lawyer, thereby mitigating the severity of the impact of the Legal Aid changes.