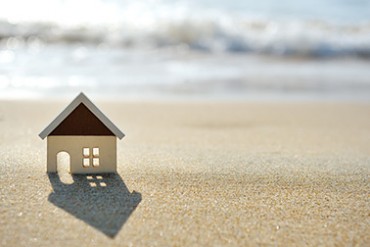 Aileen Hirst, a solicitor in the TSP Wills and Estates team, discusses the EU Succession Regulation.

More often nowadays people have assets in other countries, for example holiday homes, and difficulties can arise on their death as to the laws governing their various assets.

Some EU Member States have strict succession laws, for example France, where what is known as “forced heirship” may mean that property held in France by an English national passes to children rather than a partner or other family member.

The EU Succession Regulation was introduced with the aim of unifying succession laws across EU Member States.  The Regulation came into force in August 2015 and is a lengthy piece of legislation

The default position for people who hold assets in EU Member States which have signed up to the Regulation is that assets on death will be governed by the law of the country in which the deceased was habitually resident.  Alternatively, an individual can elect in their Will for the law of their nationality to apply to the succession of their assets, and also how their Estates will be administered.  This means that it is possible to opt out of the “forced heirship” rules.

Although the UK (as well as Ireland and Denmark) has not signed up to the Regulation, it will still have an impact on UK nationals who are resident in a Regulation Member State or are connected to one, for example, by owning a property in one.

Take Mary for example, a UK national domiciled in England.  She also owns a house in France.  She wants her entire estate to pass to her husband and she therefore makes a Will in England which deals with both her English and French property and she elects for English law to apply to the succession of her whole estate.  In this case, France recognises the choice of law and French “forced heirship” rules should not apply.

It is important to take advice to ensure your assets pass to those you wish to receive them.  Importantly, the Regulation does not affect the tax rules that apply on death, so again, advice should be taken to understand the tax consequences that will arise on death.

If you have assets abroad and need to make a Will or would like to review your existing Will, Aileen can be contacted on 01206 217054 or by email at aileen.hirst@tsplegal.com