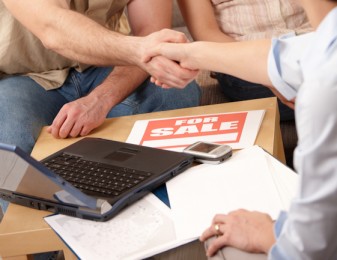 Recent changes in consumer law, in particular under the Consumer Contracts (Information, Cancellation and Additional Charges) Regulations 2013 (“CCR”), impose new requirements on businesses that sell goods, services or digital content to consumers, which include those services offered by estate agents to their customers. These stipulate that certain information must be clearly stated in plain language in the terms and conditions that customers sign when engaging estate agency services (in addition to the requirements of the Estate Agents Act 1979), including:

In addition, the Property Ombudsman Code of Practice for Residential Estate Agents provides that customers must be informed if it is intended that buyers’ services (for example financial, investment, insurance etc services) or the services of an associate or connected person, are offered. With London estate agents Foxtons recently coming under fire with a group action being launched against them for allegedly being paid commissions that were not referred to in invoices, transparency of third party commissions will become increasingly scrutinised.

It should also be noted that the Consumer Rights Act 2015, which has received Royal Assent, is expected to be brought into force in October 2015, following which further changes to the consumer protection law will also have an impact so watch this space!