“Am I the Father?”- Disputed Paternity 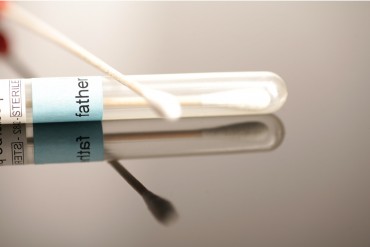 While it is easy to say who the birth mother of a child is, it is really only a DNA test that can categorically prove paternity.

If you are in a happy stable relationship, paternity may never be at issue. However, sometimes doubts arise (perhaps influenced by requests for Child Maintenance following separation) or the dreaded words “You’re not the father” are uttered in an argument or during proceedings or negotiations regarding child arrangements.

If there are any doubts about parentage, ideally both parties need stop and think how to handle DNA testing carefully in the interests of both the child and themselves. Counselling or mediation could be a good first step so you both decide how to tell your child and potentially siblings and wider family if someone else is a child’s father. The knowledge about biological parentage will be important for the child’s sense of identity long term. However, hearing parents arguing about the position or finding out on Social Media could be devastating for a child.

A man is deemed to be a child’s legal father if he is married to the mother at the time the child is born or if he is named on the child’s birth certificate. If there is a dispute, what does this mean?

If you are separated and involved in Court proceedings about child arrangements, then, since 2015, the Family Court judge has had power to order DNA tests to determine a child’s biological parentage. Simon Hughes (Justice Minister in 2015), said:

“I am determined that all cases involving children should be resolved quickly and where possible outside court. However, when they do come to court, they should be resolved in a civilised way so that children don’t suffer. Unambiguous and conclusive DNA test will prove parentage and help end acrimonious and embarrassing court battles”.

Funding for DNA tests ordered by the court will come from the budget of the Children and Family Court Advisory and Support Service (CAFCASS). Courts generally consider that, unless there are exceptional circumstances, it is best that a child’s true identity is known as soon as possible.

The power now given the family court judges will help fathers in those cases where contact with a child has been denied on the basis of disputed parentage and the mother will not voluntarily allow legal DNA testing of the child. However, proven paternity does not automatically mean that you will be allowed to see or care for a child. Conversely, a Child Arrangements order could still be made in your favour in some circumstances. The best interests of the individual child are the court’s overriding priority.

When someone denies they’re the parent of a child, the Child Maintenance Service (CMS) will:

If there’s no evidence to prove they’re not the parent, the CMS can:

The CMS can assume parentage if the person named as the parent:

If parentage is assumed, they’ll work out a child maintenance amount. The person named as the parent has to pay this until they can prove that they’re not the parent.

There are more details about this here.

Who can take a DNA sample?

Clearly you are allowed to take a sample from yourself for DNA testing. If you have parental responsibility for a child, (a father  married to the mother at the date of the child’s birth or  named on the birth certificate), then you can take a sample from the child. This means fathers can get a limited DNA result without the mother’s consent which may provide peace of mind.

However, a test which is to be used in court proceedings or for legal reasons will require the mother’s DNA as well and has to be from an approved provider. These tests follow strict procedures to ensure the chain of custody is preserved and that the identities of those giving samples are checked.

You can apply to change who the recorded father is if there is a legal DNA test record from an approved tester, Court order as to parentage or other evidence confirming the name of the true biological father.

Do you need more help?If you are unable to reach agreement with your partner or former partner about paternity or other issues relating to your children or relationship, please contact the TSP Family and Divorce team for advice on 01206 574431 or by email at info@tsplegal.com. The team advise on all aspects of family law including Declaration of Trusts for joint owners of property.