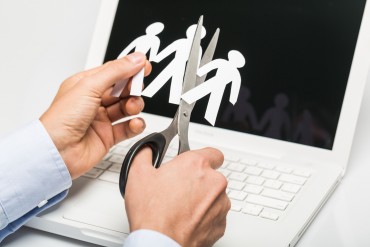 August 2015: Employers will welcome an Employment Appeal Tribunal (EAT) decision that recognises the challenges that businesses face when dismissing an employee. The EAT held that an employee’s dismissal was fair despite serious procedural failings at the first stage of the disciplinary process.

The EAT also held that the composition of the appeal panel did not render the dismissal unfair despite not all members of the panel meeting the standards set out in the Acas Code. Businesses often encounter practical difficulties when identifying an appropriate appeal manager and small organisations may find that there is no one of sufficient seniority who is also independent.

March 2014: Two recent Employment Appeal Tribunal (EAT) cases highlight some of the issues a business needs to consider when contemplating dismissing an employee.

In the second, the EAT found that an employer who had dismissed an employee for gross misconduct was not required to follow the decision of an independent panel, who had heard the employee’s appeal and which overturned the employer’s decision to dismiss. The fact that the employer did not implement the panel’s decision did not render the dismissal unfair. This case shows that an employer, who has outsourced its appeal process to an independent panel, will not always be bound to implement the panel’s decision. Nevertheless, the decision should not be seen as carte blanche for employers to disregard such appeal decisions.

This business briefing sets out the steps a business should follow when it is considering dismissing an employee.

Why is it important to follow the law when dismissing an employee? Dismissing an employee for a reason other than one allowed by law, without following the correct procedure or giving adequate notice, may lead to a claim for unfair or wrongful dismissal against the business. Compensation for a successful claim can potentially be substantial. Regardless of whether a claim succeeds, the costs of defending it, in terms of management time and legal costs, may be significant and are not usually recoverable.

Establish whether there are grounds for dismissal: There are several potentially fair reasons for dismissing an employee:

Dismissing an employee for any reason other than those listed above will be unfair.

The content of this Business Briefing is for information only and does not constitute legal advice. It states the law as at August 2015. We recommend that specific professional advice is obtained on any particular matter. We do not accept responsibility for any loss arising as a result of the use of the information contained in this briefing.