A Rocky Road to Freedom of Expression 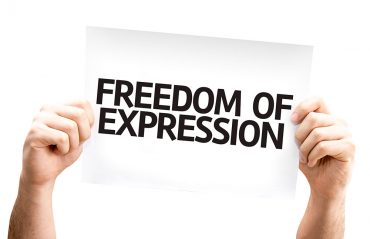 Two recent tribunal cases highlight the challenges for employers who are trying to navigate the balance between the rights of staff and others when considering their ability to express personally held views or beliefs.

A hospital nurse who discussed her religious views with patients, offering a bible to one and advised another that his survival prospects would be improved if he prayed to God, was dismissed for “improper proselytising”. That dismissal was fair.

But in a another case, a quality control manager who was asked to keep her sexual orientation private was awarded £8,000 in compensation.

Nurse Sarah Kuteh was responsible for assessing patients about to undergo surgery part of which involved asking them about their religion. Some complained that she initiated unwanted religious discussions. Mrs Kuteh was reprimanded. She assured managers that she would not discuss religion with patients unless she was directly asked.

However there were more complaints and  she was dismissed on the grounds that she had breached the Nursing and Midwifery Council’s code of conduct.  She issued an unfair dismissal claim, alleging a breach of a European Convention right to freedom of thought, conscience and religion.

When the case of Kuteh v Dartford and Gravesham NHS Trust [2019] EWCA Civ 818 reached the Court of Appeal, the court recognised the importance of the right to freedom of religion, but said improper proselytising was not covered under Article 9 of the European Convention on Human Rights, which defends the qualified right to practice religion.

In the case of Mrs A McMahon v Redwood TTM Ltd and Mr Darren Pilling: 2405368/2018 Mrs McMahon disclosed that she was gay. The disclosure was to her immediate boss during the first week of her new job. He told her to avoid mentioning this to anyone else, saying the owner of the company was ‘old school’ and wouldn’t like it.

After being made redundant some months later, she made a number of tribunal claims against her former employer, including unfair dismissal and making a protected disclosure, as well as direct and indirect discrimination. Although the other claims were rejected, the tribunal agreed that the request by her manager amounted to direct discrimination on the grounds of sexual orientation, as the same request would not have been made to one of the company’s heterosexual employees.

Jolyon Berry, Thompson Smith and Puxon Director and Employment Law Solicitor said: “These cases arise from a clash of rights; such cases are tricky to navigate but both highlight the need for businesses to keep their HR management and working practices under constant review. There is pressure on us all to keep pace with changes in the law in attitudes across society.  There is no room for the ”old school” defence”

Businesses should have up to date equal opportunities policies. For help, advice or training on equal opportunities or unconscious bias or any other employment law issue, please contact Jolyon Berry in the Employment team on 01206 574431 or email jolyon.berry@tsplegal.com . Thompson Smith and Puxon has offices in Colchester and Clacton , Essex.