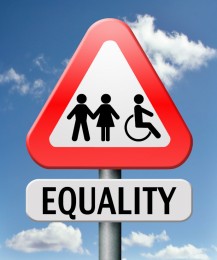 September 2016: An ECJ decision highlights that employers should be cautious of applying automated selection criteria to bulk job applications as unintentional discrimination against applicants could occur. While sham applications to bring claims do occasionally occur, such job applicants are rare and employers should be wary of raising any suspicion that an applicant is not genuine unless there is compelling evidence otherwise.

January 2016: Instruction not to speak native language at work not race discrimination: Many businesses now have employees who do not speak English as their first language and who understandably wish to speak in their first language to other colleagues of the same nationality, or by telephone to family and friends while at work. However, this can potentially cause problems with other employees who do not speak that language who may feel excluded.

The Employment Appeal Tribunal (EAT) has upheld an employment tribunal’s decision that an instruction to an employee not to speak Russian at work was not direct race discrimination or race harassment. The employer had a reasonable explanation for its actions that was unrelated to the employee’s nationality or national origins.

September 2015: Indirect Discrimination: protected characteristics: Businesses should be aware of an ECJ judgment that will have huge implications for indirect discrimination law in the UK. The court held that a person may claim indirect discrimination under the Race Directive (2000/43/EC) even though they do not possess the protected characteristic that has given rise to the discriminatory practice in question. If everyone is intended to be the beneficiary of the rule against indirect discrimination, it will become harder for businesses to identify who might bring a claim. People who could not previously establish that they belonged to a disadvantaged group may seek to bring claims if they are “suffering alongside” a disadvantaged group.

A man making a request to work part-time for childcare reasons and being refused, on the basis that there is a requirement to work full-time, is a good example. He would struggle to establish that he belonged to a disadvantaged group (it being commonly accepted that a requirement to work full-time disadvantages women more than men due to their greater role in childcare). However, this case strongly suggests he could bring his claim as a person suffering alongside the disadvantaged female group.

May 2015: Award for Injury to Feelings:  A recent employment tribunal case provides a useful illustration for employers of how not to conduct an investigation into discrimination allegations. The tribunal awarded £19,500 for injury to feelings to a zero hours worker who was subjected to gender harassment. While the harassment was not of the very worst type, there were certain aggravating features which merited a high award.

The claimant was particularly vulnerable due to her young age and fragile mental health. Also, the perfunctory nature of the employer’s investigation, followed by its protracted and ultimately inadequate way of dealing with the problem, magnified the effect of the harassment on the claimant.

March 2015: Non – Payment of Bonuses: Following a case in the Employment Appeal Tribunal (EAT), employers with bonus schemes that are linked to attendance should ensure that there is sufficient flexibility within the schemes to avoid withholding payment in circumstances where it is likely to be discriminatory. The EAT upheld an employment tribunal’s decision that an employer discriminated against disabled employees by operating a bonus scheme, which did not pay out to employees who had received a warning for high levels of sickness absence.

The employer had reasonable adjustments in place to delay the issuing of a warning to an employee who was absent due to a disability. However, the fact that receiving a warning led to an automatic disqualification from the bonus scheme was discrimination arising from disability.

This business briefing sets out the different types of discrimination that can occur within the workplace and highlights practical steps a business can take to help avoid breaching discrimination law.

What are the penalties for failing to comply with discrimination laws?

What areas of working life are covered? Discrimination law covers all areas of employment, including:

What types of discrimination are prohibited? Businesses must not discriminate against employees on the basis of:

Protection from victimisation: A business must not discipline an employee who either:

What are the main defences to a discrimination claim?

The content of this Business Briefing is for information only and does not constitute legal advice. It states the law as at September 2016. We recommend that specific professional advice is obtained on any particular matter. We do not accept responsibility for any loss arising as a result of the use of the information contained in this briefing.