Update: Director in Contempt of Court 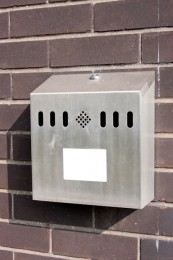 A recent High Court decision highlights the potential penal consequences for company directors of failing to comply with an injunction. The court held that two companies (and a director of both companies) were in contempt of court for failing to comply with an injunction that required the companies to remove an estimated 3000 cigarette bins containing advertisements for the companies which had been erected without advertisement consent.

The injunction had been sought by a Council following the companies’ failure to take any action to remove the advertisements, despite having been found guilty of an offence in earlier criminal proceedings for displaying the advertisements without the Council’s express consent. Although the judgment does not indicate what penalties were ordered in this case, it is understood that both the companies and the director were fined but, the director avoided a prison sentence.

The content of this update is for general information only and does not constitute legal advice. It states the law as at February 2013. We recommend that specific professional advice is obtained on any particular matter. We do not accept responsibility for any loss arising as a result of the use of the information contained in this checklist.