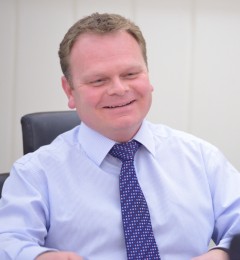 So far so good, for the dental sector in the post Brexit-referendum era. Transfer activity remains strong, and sentiment up-beat.  The impact of Brexit itself will, of course, become apparent in due course.

As the country continues its economic recovery, so private patients continue to devote more of their spending to oral health. Since the green shoots recovery, average net income for private dentists has risen above that of their NHS counterparts, reversing the trend that had developed during the recession.

Growth in goodwill value also continues apace (for both private and NHS practices).  As at July 2016, values have (according to figures from the National Association of Specialist Dental Accountants and Lawyers (NASDAL)) risen by a healthy 11% over the previous quarter, to 138% of gross fees.  The figures show values for private practices rose by a whopping 51%, over the 3 months to July 2016, to an average of 107% of gross fees.  And whilst the rise has been less dramatic for NHS practices, increasing only 3.4% over the same period, this has, nevertheless, given rise to an average goodwill value of 125% of gross fees.

The growth in fees and goodwill value is a result of the prevailing economic conditions, which has fostered confidence in the sector and demand for ownership; and this comes against a backdrop of enormous compliance costs.  According to NASDAL’s estimated figures, the annual compliance costs incurred by an average sole practitioner practice has increased by over 1000% since 2006.  The costs include professional membership fees (which have more than doubled), indemnity protection (which has increased four-fold) and CQC registration and regulation requirements.

And yet, in spite of the onerous compliance costs, demand for ownership remains robust.  The sector is active with expanding dental corporates, and consolidation.  Dental associates have also sought to gain a foothold in the sector. Statistics for 2014/15 reveal average annual profits for a principal in private practice was just over £140,000, a jump of 8% on the previous year; and £126,000 for a principal in NHS practice.  Although the NHS figures are static on the previous year, they (together with the private practice figures) compare well to the average annual pay for an associate, which has remained at around £68,000.  So despite compliance responsibilities, ownership may make a lot of sense for some associates.

Although the trend in fees and goodwill values is welcome to practice owners, there is another, potentially less attractive side to the figures.  There is a danger that the continuing demand for ownership, particularly in London and the South East, could lead to some talented dentists being priced-out of the market.  The risk, if the upward spiral continues, is that ownership will become unaffordable to many, and unattractive to funders and, whilst in time a correction may come through a softening in demand, until then, new ownership could be the domain of the corporates and those with access to private resources to plug the gap in any bank funding shortfall.

For more information on the content of this article contact Nick Mayles on 01206 217 010 or by email at nick.mayles@tsplegal.com.

Nick is a director in the Business Services Team at Thompson Smith and Puxon, and specialises in corporate and commercial affairs, and has particular expertise in the sale, acquisition, merger and internal arrangements of dental practices.