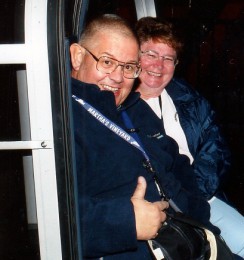 Mr David Pattrick of Marks Tey, Colchester died in Colchester General Hospital (Colchester Hospital University NHS Foundation Trust) in December 2010 following an elective operation to remove his gall bladder. Whilst recording his death as natural causes, HM Coroner for Essex and Thurrock, Mrs Caroline Beasley-Murray said, in giving her narrative verdict on 27 February 2013 following the inquest into Mr Pattrick’s death, that there had been serious failings in the care that Mr Pattrick received whilst inColchesterGeneralHospital.

Mr Pattrick, 69, was discovered collapsed on the floor of a toilet cubicle on the recently opened Mersea Ward atColchesterGeneralHospitalon the late evening of 23 December 2010. Efforts to revive him were unsuccessful and were not helped by the facts that

Mr Pattrick’s wife, Susan, talking after the verdict said, “I am extremely pleased that the Coroner has given a narrative verdict and said that there were serious failings by the Hospital. I had a letter from them to say that they had instigated 9 weeks of extra training for staff and installed crash cords in all of the toilets but I don’t know if they have addressed the other failings mentioned by the Coroner.”

Mrs Pattrick went on to say, “The toilet doors have a bar on the lock on the outside and the nurse had to hunt for a pair of scissors before she was able to open the door from the outside. I believe there should be a national system and every nurse should have a key that fits the door to all toilets in all hospitals – just as the gas board do for their meters. I have written to my MP about this who forwarded it to the Minister for Health, Simon Burns. He responded that each Trust was responsible for their own policies and procedures for the safety of patients in their care.”

“This has been horrendous for me, and no-one should have to go through what I’ve been through. At least one good thing hopefully will come from all of this; that lessons will be learnt by the Hospital and the failings will not be repeated. It is some comfort to me that this is now out in the open, but I had to fight to get the inquest to happen and it was not agreed until November 2011 when I sent the Coroner the report that the Hospital had sent to me. She then wrote back within 4 days of receiving the report saying that she would investigate further.”

This is not the end for Mrs Pattrick, who, assisted by her Solicitor, Julian Wilson of Thompson Smith and Puxon (TSP), will now pursue a clinical negligence claim against the Colchester Hospital University NHS Foundation Trust.

TSP has one of the foremost clinical negligence (medical negligence) teams in East Anglia. The team is led by Julian Wilson, who has 25 year’s experience in pursuing claims and is a member of the Law Society’s Clinical Negligence Panel and the Action against Medical Accidents referral panel. He also has wide experience of dealing with other Personal Injury claims and general litigation, and is accredited as a Senior Litigator with APIL (Association of Personal Injury Lawyers).