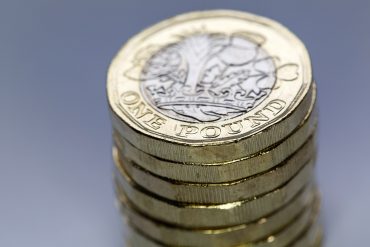 It has recently been announced that the law governing Damages-based Agreements (“DBAs”) is to be substantially redrafted and submitted for amendment.

Introduced initially by section 45 of the Legal Aid, Sentencing and Punishment of Offenders Act 2012 and thereafter by the Damages Based Agreements Regulations 2013, DBAs enable a practitioner to deduct a percentage of the damages awarded as their fee if their client was successful (in contrast to a CFA where the success fee is linked to the costs recovered in a claim).

Created in response to Lord Justice Jackson’s review of costs in civil litigation in 2009, DBAs were envisaged to be widely used by the profession as suitable funding arrangements for their clients. The reality could not be further from the truth given that many practitioners have been loath to engage in such agreements given the initial confused drafting of the primary and secondary legislation.

An independent review has been undertaken by Professor Rachael Mulheron and Nicholas Bacon QC this year with several proposals for reform made which have largely been welcomed by the profession. Both Professor Mulheron and Mr Bacon QC have made it clear that their proposed draft regulations should not be seen as the “final word” on the subject but hope that their work will at least open dialogue and further consultation, if considered necessary.

They also allow for hybrid agreements (being the ability to combine a DBA fee with a reduced hourly rate for work done) and for defendants to enter into DBAs as well. The draft regulations further make provision for how DBAs can be terminated by the client or practitioner.

As such, it has been suggested that the cap on such DBA payments should be reduced from 50% to 40% in commercial claims and 25% to 20% in personal injury claims.

The deadline for feedback on the re-drafting elapsed on 15 November 2019 and will now be considered further by the Ministry of Justice upon receipt of Professor Mulheron’s and Mr Bacon QC’s submission. The new regulations’ introduction would be facilitated by way of a statutory instrument and no timescales have yet been set or envisaged for this process.

Unfortunately, the position remains that time will tell if the amended regulations will result in more practitioners entering into DBAs with their clients. High legal fees often impede parties with legitimate claims from pursuing them and it is hoped that a workable funding mechanism, as sought to be achieved by the re-drafted regulations, would allow more parties to have access to justice.

The important thing to note from the re-draft of the Regulations was the recognition of the profession’s pleas for change and the quick action taken in addressing the same. Sir Rupert Jackson, the original orchestrator of the costs reforms back in 2009, has endorsed the proposed reforms. Such endorsement will certainly provide the added influence towards approval by the Ministry of Justice that is required.

Moreover, given the ongoing political climate where Brexit dominates governance, regulations which were introduced in 2013 and have since been re-consulted upon on and re-drafted in only six years is a distinction in itself. Where costs continue to be under the magnified scrutiny of the Court in the exercise of its duty to manage and preclude any unnecessary escalation of costs, it is hoped that the reforms will be introduced expediently.

Subject to review of your case and prospects of success, Thompson Smith and Puxon may be able to deal with your case by way of a DBA. Any funding arrangement will be discussed in detail by your lawyer when they receive your instructions and provide you with advice on your case.

For more information the Thompson Smith and Puxon Dispute Resolution team can be contacted on 01206 574431 or by email at info@tsplegal.com.