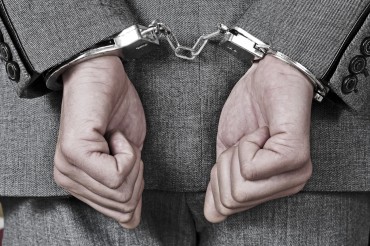 July 2016:  A construction company has been fined £550,000 after pleading guilty to two counts of corporate manslaughter and a breach of Health and Safety at Work etc. Act 1974 (HSWA 1974) following the deaths of two passersby. The company was fined £250,000 for each of the deaths, as well as £50,000 for failing to discharge its duty to persons other than employees in breach of the HSWA 1974, and ordered to pay £23,653 in prosecution costs.

The construction company was responsible for a building site where part of the site had plywood hoardings in place which covered the pavement. Two pedestrians were seen arguing and scuffling with one another early one morning and made contact with the hoardings which gave way, sending both men falling into the basement area resulting in their deaths.

December 2015: A company has been fined £700,000 after being found guilty by a jury for corporate manslaughter. It was also ordered to pay all CPS costs and half of the Health & Safety Executive’s costs. The conviction followed the death of one of their employees, a crane driver, in 2011. At the time of his death he was driving a 16 wheel, 130 tonne crane down an access road when it crashed after failing to negotiate a steep bend.

An aggravating feature of the case was that on wider investigation, several of the company’s cranes were discovered to have faults with their brakes or other operating systems. The company had failed to service and maintain the vehicles which would have prevented the accident.

This business briefing sets out the factors which can lead to a business being prosecuted for corporate manslaughter and the penalties for breaching the legislation.

What are the offences? A business will be guilty of a corporate manslaughter offence if all of the following apply:

Who does the offence apply to?

What constitutes a gross breach?

What types of duty of care are covered?

What are the penalties for breaching the legislation?

Remedial orders: The court can impose a remedial order requiring a business to address specific failings involved in the sentence. Because the court will not usually take into account any remedial costs when it assesses a fine, the business may have to pay both a fine and the costs of improving its internal procedures to comply with a remedial order.

Reputational damage: The court can impose a publicity order forcing a business to advertise that it has been convicted of corporate manslaughter. The order may include details of the conviction (for example, the amount of the fine and the terms of a remedial order).

Insurance: Insurance cover will not be available to a business if it has been convicted of a corporate manslaughter offence. However, if the business mounts a successful defence, cover may be available for any legal costs it has incurred. Businesses should ensure they check their position with their insurers.

The content of this Business Briefing is for information only and does not constitute legal advice. It states the law as at July 2016. We recommend that specific professional advice is obtained on any particular matter. We do not accept responsibility for any loss arising as a result of the use of the information contained in this briefing.