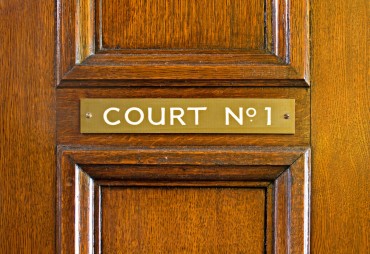 The TSP Dispute Resolution team, discuss Contempt of Court, and in particular the recent case of Neil and Hall v Henderson, in the High Court before Mr Justice Zacaroli, which reiterates the strict approach the Courts will take when considering Contempt of Court and punishing offenders.

Where an individual breaches a Court Order or knowingly deceives a court, for example through falsifying evidence or witness statements, they can be punished for Contempt of Court. Under the Contempt of Court Act 1981, an individual can be imprisoned for a maximum of two years for such an act as well as facing serious financial sanctions.

Whilst Ms Henderson eventually admitted her deceit, that she knowingly and wrongly used the forged documents in proceedings in 2016, it was at the last minute, after the judgement, and only when it became obvious that she was facing the threat of a prison sentence.

In considering what punishment to impose on Ms Henderson for her contempt, Mr Justice Zacaroli referred to the case of Patel, in which it was reiterated that the function of Contempt of Court proceedings was to ensure that the rule of law was upheld and that proceedings were necessary for the proper administration of justice.

Mr Justice Zacoroli emphasised the harm caused not only to Mr Neil, her ex-husband, but also to Ms Borkova, whose identity had been stolen, Ms Henderson’s lawyer, who had innocently been involved in the contempt, and Ms Borkova’s Spanish lawyer, who was accused of giving false evidence.

Whilst weight was given to mitigating factors such as Ms Henderson’s previous good character and her difficult personal circumstances, the judge noted that her actions had been “deviously planned” and included the “deployment of false evidence with the intention of gaining an advantage in proceedings”. Whilst the contempt itself caused relatively minor prejudice to Mr Neil himself, Mr Justice Zacaroli considered that such conduct should not be left unpunished and sentenced Ms Henderson to 8 months imprisonment and ordered her to pay 70% of Mr Neil’s costs – £320,000.

This case emphasises the court’s strict approach to Contempt of Court, even where the actions did not cause significant prejudice to the other party. It is a reminder to litigants and witnesses to act with integrity, so as not to undermine the rule of law, and also that there are severe implications in committing such acts which will most likely not go unpunished.

The TSP Dispute Resolution team can help with all types of disputes for both individuals and Business. The team can be contacted on 01206 574431 or by email at info@tsplegal.com.