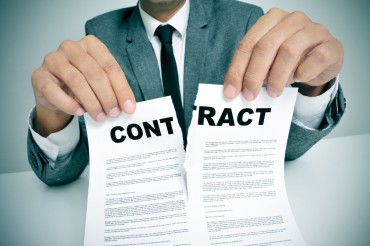 This business briefing sets out the key issues a business needs to understand when an employee makes a claim for constructive dismissal.

Express terms: An example of a breach of an express term is where an employer fundamentally changes an employee’s duties without being contractually entitled to do so

Implied terms: Implied terms are incorporated into every employment contract by law, regardless of whether they have been expressly agreed between the parties. Breach of the implied term of mutual trust and confidence is often relied on by employees where the relationship between the employee and their employer has broken down irrevocably.

Repudiatory breach: When an employer has breached an important express or implied term of the employment contract, an employee is entitled to treat himself as having been dismissed. The employer’s conduct is often referred to as a repudiatory breach.

Repudiatory conduct: Repudiatory conduct may not only be just one incident; sometimes it is a series of incidents or a pattern of behaviour which, taken as a whole, amounts to repudiatory conduct. In these circumstances, an employment tribunal may consider that any previous breaches of contract that may have been waived by the employee should be treated as part of a continuing course of conduct.

Breach of contract claims: If an employee resigns without giving notice, an employment tribunal will consider what loss he has suffered as a result of his employment contract terminating without notice. The compensation for that loss will be designed to put the employee in the financial position he would have been in had he been dismissed in line with his contract.

Unfair dismissal claims: Compensation for unfair dismissal is usually only available to employees who have worked for their employer for at least one year (or two years if their employment started on or after 6 April 2012). An employment tribunal will consider whether the employee’s dismissal was fair or unfair by looking at a range of factors including:

It will be difficult for a business to show that it acted reasonably if it has in fact breached a term of the employee’s contract, making it more likely that the dismissal will be judged unfair.

What compensation may an employee be entitled to? If an employee is successful in his claim for unfair dismissal, he will be entitled to a basic award calculated on the basis of his age, salary and length of service. In addition, an employment tribunal has discretion to make a compensatory award for any loss flowing from his dismissal. This takes into account the loss of earnings from the date of termination of employment. However, as with compensation for breach of contract, the tribunal will look at whether the employee has taken reasonable steps to mitigate his loss.

Mitigation of loss: An employee is under an obligation to mitigate his loss (for example, by looking for another job). This obligation starts from his last day of employment, including the duration of the period that would have been his notice period.