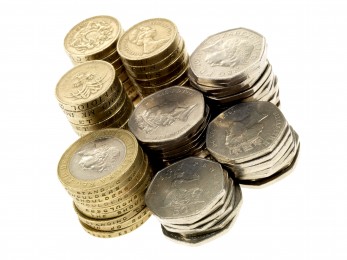 This business briefing explains what a company voluntary arrangement (CVA) is and highlights what the main advantages and disadvantages of a CVA are for a business. A CVA is a procedure that allows a company to settle debts by paying only a proportion of the amount that it owes to creditors; to come to an arrangement with its creditors over the payment of its debts.

When and how does a CVA come into force? A CVA comes into force from the date that the company’s creditors approve a CVA proposal made for that company. A CVA proposal must be approved by at least 75% (by value) of the company’s creditors who respond in the decision procedure, unless those voting against it include more than 50% (by value) of all the unconnected creditors whose claims are admitted for voting.

What is the effect of a CVA on creditors? Once approved, the CVA binds all the unsecured creditors of a company entitled to have notice of and vote on the CVA proposal. This means that a CVA binds:

Does the company proposing a CVA have the benefit of a statutory moratorium? Where a CVA proposal is made for a small company, the company can apply to the court for a moratorium for 28 days during which period creditors cannot take legal action to recover their debts.

How can a creditor challenge a CVA? A creditor that was entitled to notice of the CVA proposals and feels unfairly prejudiced by the CVA may apply to the court for an order revoking the CVA or convening more meetings to consider a revised CVA. A CVA can also be challenged on the grounds that there was an irregularity in the conduct of the meetings called to consider the CVA proposal. Time limits apply to such applications.

What are the advantages and disadvantages of a CVA?

Advantages:  A CVA is an informal insolvency procedure which does not involve the court. It is therefore cheaper than formal insolvency procedures, which may mean more money for the creditors. There is an optional moratorium available for small companies to protect the company from creditors’ actions while the proposals for a voluntary arrangement are being put in place. In the absence of the optional moratorium for small companies, it is possible to combine a CVA with an administration, which brings with it the benefit of a statutory moratorium. The administrator may be able to put together a suitable set of CVA proposals to persuade the creditors and save the company.

Disadvantages: The main weakness of the CVA procedure is that there is no automatic statutory moratorium preventing creditors from taking action.

The content of this Business Briefing is for information only and does not constitute legal advice. It states the law as at January 2019. We recommend that specific professional advice is obtained on any particular matter. We do not accept responsibility for any loss arising as a result of the use of the information contained in this briefing.