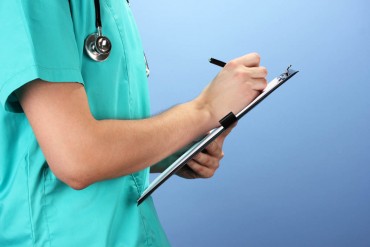 Colchester Hospital has been reported to the police after staff complained that they were being “pressured or bullied” to falsify data relating to cancer patients. Inspectors from the Care Quality Commission (CQC) visited Colchester Hospital University NHS Foundation Trust unannounced after receiving complaints about waiting times for cancer treatment. Some patients were said not to have received their treatment within the required 62 days and in three cases the delays exceeded 100 days.

CQC inspectors found that medical records and details of appointments had been changed so as to appear that the patient had been treated in line with national-guidelines. These inaccuracies meant that patients were at increased risk of delayed treatment and the CQC identified 22 cases where patients experienced delays in their treatment placing them at risk of receiving care that was unsafe or not effective. In those 22 cases the treatment dates recorded on the system had been changed. Sir Mike Richards, the chief inspector of hospitals said that it was ‘shocking that people’s lives may have been put at risk for the sake of the waiting time figures’.

The CQC also discovered that concerns raised by staff in relation to changes made to patients’ records were not appropriately managed, investigated or responded to by senior staff at the Trust. Staff told inspectors that they were “pressured or bullied” to change data relating to patients and their treatment.

As a result of this discovery, it has been recommended that the Trust’s cancer services be put on ‘special measures’, which means a new management team being brought in or another Trust put in charge of the cancer services at the hospital. The CQC’s findings and concerns relating to patient care have also been reported to Essex Police. Dr Sean MacDonnell, the trust’s medical director said: “On behalf of the Trust, I apologise to the patients, relatives and carers who we have let down. We are very sorry for the worry, distress and concerns that have been raised by the publication of the CQC report into our cancer services.” He then went on to say “If there is any evidence that any of our staff have inappropriately adjusted and reported cancer figures, the Trust will take the strongest possible action against them”.

Naomi Eady, Clinical Negligence Solicitor at Thompson Smith and Puxon said ‘this is another very disappointing discovery which will undoubtedly shake patients’ confidence in our local hospital, especially coming so soon after Colchester Hospital was put in the second from worst risk category by the Care Quality Commission just ten days ago’.