Colchester Hospital Trust Has Most ‘Never Events’ in the Country 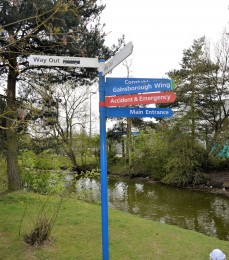 Colchester Hospital University Trust had nine “Never Events” in the past year. Never Events are serious incidents that are wholly preventable and should never happen. Each Never Event has the potential to cause serious patient harm or death. Never Events include incidents such as: wrong site surgery, retained instrument post operation, wrong route administration of chemotherapy.

The nine Never Events discovered during the past year at Colchester Hospital is a sharp rise from the one and only Never Event that occurred at the hospital the previous year (2013-2014). Nine is the highest number for a Hospital Trust in the entire country. Information published by NHS England revealed that the Never Events that occurred at Colchester Hospital included surgical instruments being left inside patients, a wrong implant being inserted and three lots of surgery carried out on the wrong place on the patient’s body. The Trust also had 420 “serious incidents” in the past year.

Naomi Eady, Clinical Negligence Solicitor at Thompson Smith and Puxon says ‘ The news that Colchester Hospital has had the highest number of serious patient safety breaches is concerning, but we must remember that Never Events are extremely rare and the majority of care provided to patients at Colchester Hospital is of a reasonable standard. However, if patients feel that they have been affected by one of these rare but serious incidents they should seek advice from a specialist medical negligence solicitor’.