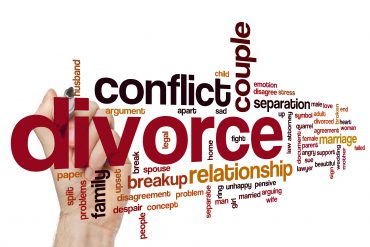 The latest figures from the Office for National Statistics (ONS) show that overall rates of divorce have reduced, falling to their lowest level since the 1970s. However, relationship breakdowns continue to spike after the festive season, and experts say these figures do not directly translate into more couples experiencing a ‘happy ever after’.

There were 90,871 divorces of opposite-sex couples in 2018, a decrease of 10.6% compared with 2017 and the lowest number since 1971.  Couples are also staying married for longer before they divorce, an average of 12.4 years for those divorcing in 2018, up from 9.6 years in 1996.  But analysts suggest that these figures are due in the main to marriages taking place later in life and often following a period of living together, which can act as a pre-marriage trial.  The figures also reflect that there are far fewer marriages taking place overall, at nearly half the number of 1974.

Administrative delays at Ministry of Justice divorce centres have driven 2018’s figures down as well, with the subsequent catch up on processing of divorce petitions expected to translate into a higher number of completed divorces in 2019.

Unreasonable behaviour remains the most common reason for divorce.  In opposite-sex couples, when marriages ended in divorce, 51.9% of wives and 36.8% of husbands petitioned on this ground.

At present, the only grounds for divorce is that the marriage has broken down irretrievably, by reference to one or more of the following faults; adultery, unreasonable behaviour, the rarely-used ground of desertion,  two years of separation where both parties agree to divorce, or five years’ separation in which case the consent of the other party is not required.

TSP family law expert Juliet Gordon said  “There has been much discussion about changing the law to allow for completely no-fault divorce, which at present is only available after 2 years’ separation. It is hoped that changes will now be made following the December 2019 General Election. In the meantime, we need to support couples in navigating the current process without animosity, which is even more important when children are involved.”

This echoes guidance from support organisations such as the NSPCC who encourage parents to talk to their children and prepare the ground for separation and divorce, by avoiding accusations and apportioning blame or asking children to take sides.

He adds: “Where it is possible, talking things through is generally best, and you don’t have to do it all on your own, as someone can sit in to help focus those conversations on positive negotiation, whether it’s just between the two of you, or as a family with your children.

It doesn’t have to be a professional at this stage, although it’s a good idea to get some expert input before you make any agreement over financial and property issues or children arrangements, to be sure it is fair for both sides and that the welfare of any children under 18 is the priority.

Approaching separation on the basis of collaboration and mediation may ease things and make this very difficult phase of life just a little less tough.”