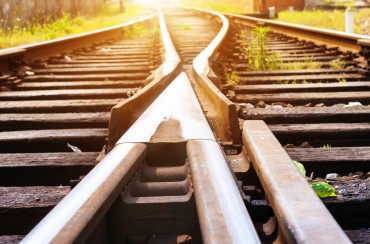 Sharon Auton, who leads the TSP General Civil and Commercial Litigation team, updates us on the variety of further changes that have this month been introduced in Civil Courts.

Court Fees: There are changes to some Court fees which come into effect this month. The reasoning for the general increase is to seek to bring Court fees in line with the costs of providing the Civil Courts system, transferring the cost to the Court user and away from the general taxpayer.

County Court business will now take place at County Court hearing centres which will be the locations of the current County Courts and their administrative offices.

Gaining entry: Enforcement Agents can enter where a door is open including using the door handle to gain access when the door is unlocked. Under the new regulations, they may no longer gain access via a window. HCEOs can force entry to commercial premises to levy on a first visit or any subsequent visit to remove goods, providing the property is not physically attached to or forms any part of a residential dwelling.

Taking control of goods: Having taken goods into control, the HCEO will provide the debtor with a written valuation of the goods. The HCEO may then either

Controlled goods agreement: When leaving seized goods at the debtor’s premises, the HCEO provides a controlled goods agreement. This used to be called walking possession. This states that the HCEO has taken control of the goods and that the goods will remain in his custody until the debt and all costs have been paid. The debtor may not sell or remove the goods.  The agreement allows the HCEO to re-enter by force if necessary.

Exempt goods: Some goods are exempt and include: bedding, clothing, furniture and provisions that the debtor and their family need for a basic level of domestic life; items reasonably required for the care of a person under 18, a disabled person or an older person; perishable goods; certain disabled or emergency vehicles; domestic pets and tools of the trade.

Selling controlled goods: The debtor must be given 7 clear days’ notice of sale from removal. The sale may be by public auction, by private treaty, by sealed bids or by advertisement. If the goods are sold at public auction, they must be sold by a qualified auctioneer.