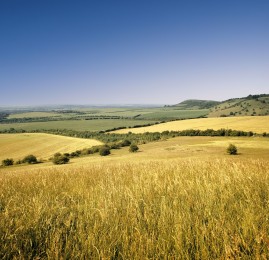 Stephen Firmin and the Agricultural Team at Thompson Smith and Puxon (TSP) recently hosted a seminar on Common Agricultural Policy (CAP) and other farming matters. Led by Geoff Whittaker, editor of Farm Law and nationally recognised expert, the seminar was gratefully received by colleagues from Robinson and Hall in Ipswich;Colchester based Stanfords and Whirledge and Nott, with all of whom the team share clients.

The prime focus of the seminar was the recent CAP reforms. Since its introduction in 1962 it has undergone several changes and has often been criticised on the grounds of its cost and environmental and humanitarian impacts.

The implementing regulations at EU level are now being drafted and are expected to be available in the autumn. These will allow advisers to see the way in which the reforms are intended to operate. How these regulations are operated on the ground will be left to Member States. Although the political agreements for the next seven-year period to 2020 were settled on June 26, there is still work to be done.

The financial aspects of these regulations are still to be agreed and these are unlikely to be finalised until mid-autumn. The CAP budget will still be divided into two Pillars; the first covering direct payments (the single payment scheme (SPS) and its successor) and the second covering rural development. However, the latest proposal is to take 15% from direct payments to fund the rural development program; a concern to farmers.

A new Basic Payment Scheme replaces the Single Payment Scheme. The new scheme will split direct payments between the basic payment scheme and an additional payment subject to “greening conditions”. Payments will be made, as now, on the basis of entitlement.

Originally the reforms were due to take effect from 1 January 2014, however as far as direct payments are concerned it is acknowledged that this will now not happen. SPS will in effect, continue for a further year and the new arrangements will not come into effect until 2015.

Since the seminar, DEFRA has published a Status Reports on Direct Payments and on the new Rural Development Programme, (August 2013), both of which can be downloaded from the DEFRA website.

Among other matters discussed were the abolition of Agricultural Tribunals – which have now been taken over by the First-Tier Tribunal – and the Growth and Infrastructure Act 2013 which, in the government’s own words “signals extra momentum towards economic growth, new homes and jobs”.

Attendees left feeling well equipped to deal with the changing CAP landscape for the benefit of their clients.