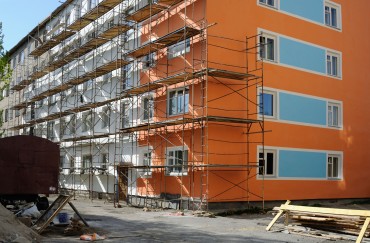 Owners of vacant non-domestic premises that are undergoing refurbishment should take note of a recent Court of Appeal judgment. The court held that a property that had been undergoing internal refurbishment was not exempt from business rates. On the valuation date, various major building elements had been removed. These included the air conditioning system, electrical wiring, sanitary fittings and most of the ceiling tiles.

Those carrying out substantial refurbishment work should not automatically assume that their properties will be assessed at a nominal rateable value. Whether the work required to put property into repair can be fairly described as “repairs” will depend upon the particular facts. Following this decision, property owners may find it more difficult to argue that their properties should be exempt from business rates.

This business briefing sets out the exemptions from business rates for non-domestic properties.

Empty properties held by charities or CASCs pending disposal for other purposes will not benefit from zero rating.

Discretionary relief: The local council has discretion to grant relief in certain situations.

Partial occupation: When a property is partly occupied, the property owner may apply via the local council to the Valuation Office Agency to have the rateable value split to reflect the occupied and unoccupied areas.

The content of this Business Briefing is for information only and does not constitute legal advice. It states the law as at March 2015. We recommend that specific professional advice is obtained on any particular matter. We do not accept responsibility for any loss arising as a result of the use of the information contained in this briefing.