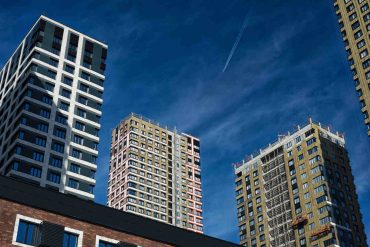 Since the tragedy of Grenfell in 2017, many leasehold property owners have found themselves in the impossible position of being unable to sell their leasehold property and facing escalating service charges for building cladding related issues whilst routine maintenance and other essential works have been pushed into the background.

Over recent weeks, the Secretary of State for Levelling Up, Housing and Communities, Michael Gove, has seemingly backtracked over previous Government proposals. Previously leaseholders of properties in medium-sized buildings (11 – 18 metres) with little to no recourse in respect of cladding issues as measures forcing developers and material manufacturers to replace combustible cladding would have only applied to taller buildings.

However, Mr Gove has now set out that plans for a loan to leaseholders scheme and all wall systems to be checked for safety of those in affected medium sized buildings would be withdrawn.

The new rhetoric is that the industry will be financially responsible for the issues i.e. the developers and material manufacturers will have pay to resolve cladding issues and will potentially be met with punitive tax consequences if they fail to do so. Restricted access to government funding and future procurements and leaseholders will not face any costs. Leaseholders now have 30 years to sue builders rather than 6 years and there is a rather vague suggestion of another “solution in law” being proposed for leaseholders with no information provided as to what exactly this could entail.

Developers and material manufacturers will inevitably be concerned by the news, which, as soon as it was announced, resulted in previously buoyant stock market valuations decline sharply and previous profit margins now facing significant erosion. In an industry where liquidity is not always an immediate option, the potential for administration or liquidation may be more prevalent which again will ultimately affect the leaseholders.

Nevertheless, it steers blame and responsibility in the correct direction, away from leaseholders and towards those who built these buildings at risk. It therefore remains to be seen what proposals are actually introduced in respect of obliging the industry to fix the problem and the extent and timescales of suggested punitive measures such as tax increases.

Leaseholders should therefore welcome the news but be understandably cautious given that the industry only has until March to present their settlement proposals to Mr Gove with no immediate plan in place if they refuse to do so or if proposals are insufficient. Mr Gove has also asked the Financial Conduct Authority to investigate and confirm within six months why insurance premiums have increased for leaseholders and so leaseholders will also be waiting for the outcome of this investigation and the impact on their insurances premiums if they have been subjected to an increase.

How we can help you

Should you have any questions regarding the above, please get in touch with a member of our Dispute Resolution Team. We can also assist leaseholders for lease extension queries, collective enfranchisement and right to manage cases. The Dispute Resolution Team can be contacted on 01206 574431 or by email at info@tsplegal.com