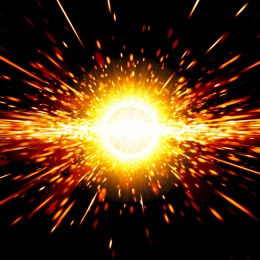 The implementation of many of Lord Justice Jackson’s recommendations took place on 1 April 2013, appropriately April Fool’s Day. The changes represent the biggest change to civil litigation procedure in England and Wales since 1999 when the Civil Procedure Rules were introduced. They have been updated and modified as time marches on, as indeed is the Common Law, which is an ever changing, constant, adaptable beast. By far the biggest impact will be on personal injury claims although the changes will impact on all types of litigation. In summary the key changes are:

In addition the fixed fees which are recoverable in Road Traffic Accident claims will soon be substantially reduced, and fixed costs extended to cover more claims. On the government’s own assessment, Claimant solicitors’ income will reduce by about £200 million. Another change is the increase in the Small Claims track limit from £5,000 to £10,000. The general principal in small claims tracked cases is that legal costs are fixed and limited to a maximum of £80.00 so it is often disproportionate in terms of costs for a party to have solicitors act. It encourages litigants to act in person. It may now be possible to obtain a damages-based agreement if you are willing to give up part of a party’s damages if the party is uncomfortable about bringing the claim itself. Typical high street practices have had to change and adapt as the law changes and adapts. TSP is very fortunate that we have a strong and loyal client base. We are the only local firm to do publicly-funded Clinical Negligence cases and of the 16 members of APIL in the Colchester area, 12 are at TSP. The changes have been made to reduce the perceived “litigation culture”, but will severely restrict those who have suffered an injury through no fault of their own from being able to find someone to fight their corner as costs are squeezed. We are also fortunate to have a strong Dispute Resolution team whose members deal with disputes other than personal injury claims and clinical negligence cases.