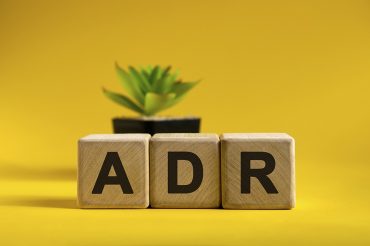 Following the case of Halsey v Milton Keynes General NMS Trust[2004] EWCA Civ 576 the court has become ever more bullish in seeking to force parties down the ADR route, but this has, until now fallen short of compulsory mediation.

ADR has over a number of years found favour by the court, not least because of the growing pressure on our court system, compounded by the pandemic and cutbacks. Cost sanctions have long been imposed on parties who have unreasonably refused to mediate and a successful party at trial could be denied part or all of their costs if they had unreasonably refused an invitation to mediate. The Court of Appeal extended the concept of refusing to mediate to encompass not replying to an invitation to mediate.

After this speech, the Civil Mediation Council (CMC) published its response to the Civil Justice Council’s (CJC) report on the lawfulness of compulsory ADR. The CJC’s report had concluded that compulsory ADR is compatible with Article 6 of the European Convention on Human Rights, and is, therefore, lawful. The CMC’s report agreed and called for ADR to be put “at the centre of the civil justice process”.

However, both the CMC and the CJC conclude that current sanctions for costs should be increased, even suggesting that the claim/defence should be struck out.  It was pointed out that over 80% of mediated cases are settled on the day or shortly afterwards, which results in time and costs savings. Even if the dispute is not settled, it helps to narrow the issues.

Mediation, alongside the court process has been impacted by the pandemic, but mediators have been quick to adapt with mediations taking place virtually. This has been such a success that it is estimated that 50% of mediations will continue to take place virtually saving time and costs. Indeed, many solicitors prefer virtual mediations.

Mediation is a flexible and confidential form of ADR suitable for cases small and large, in which an impartial third party helps those embroiled in a dispute to work towards a negotiated settlement. In contrast to other dispute resolution mechanisms, such as arbitration, it is not the role of a mediator to pass judgment on the merits of a case or to bind the parties with a decision. The mediator facilitates negotiations and ensures the fairness and efficiency of the process, allowing the parties to gain a better understanding of their respective positions and to work together collaboratively with a view to reaching a mutually acceptable compromise.

Thompson Smith and Puxon has accredited mediators who have undergone rigorous training and are able to both mediate disputes and to represent clients at mediations covering a wide range of issues, including contentious probate, commercial and civil disputes, contractual disputes,  land and boundary disputes. If you would like to find out more about our Mediation services, please contact Sharon Auton on 01206 217043 or Laura-Pauline Adcock-Jones on 01206 217039. Alternatively, you can contact the team by email at info@tsplegal.com.