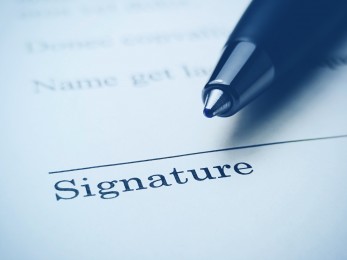 December 2015: A Court of Appeal decision provides a useful example of restraint of trade in a contemporary business-to-business situation. The court upheld clauses restricting the UK agent of a money transfer business from acting as agent for the principal’s competitors during the term of the agency agreement and, after termination, from offering services similar to those of the principal within five miles of the agent’s premises for a period of six months. The post termination restriction was reasonable because it was limited both in time and space and was necessary to protect the principal’s investment in training and supporting its agents.

Agency and the Use of Signature Machines: A recent High Court case illustrates that an agent may bind his principal to an agreement by use of a signature machine, provided the agent has the appropriate authority to use the machine. The court held that an agent had sufficient authority to enter into a personal contract of guarantee and indemnity using a signature machine on the principal’s behalf. The parties’ relationship was one of trust which lasted for over two decades, and it was held that the agent had not exceeded his authority in the particular circumstances. This case is a useful reminder for principals that they should create a clear record of the scope of their agents’ authority, to avoid and/or manage similar disputes.

This business development briefing highlights the circumstances in which a business may want to engage the services of an agent or a distributor.

What is an agent? An agent is an intermediary appointed by a business to negotiate and possibly conclude contracts with customers on its behalf. An agent is paid commission on the sales they make, usually on a percentage basis.

What is a distributor? A distributor is essentially an independent contractor. In a distributorship arrangement, a business sells its products to a distributor, who then sells the products on to their customer, adding a margin to cover its own costs and profit. Distributors are sometimes referred to as resellers, where particular marketing strategies require a distinction between various kinds of reseller.

Always be clear about which arrangement is being used, as it is possible for a party to be both agent and distributor of different products under the same agreements (for example, a distributor in selling products but an agent for software relating to those products).

Why appoint an agent rather than a distributor? There a number of situations where an agency arrangement may be preferable to a distributorship:

What are the risks when appointing an agent?

Commercial Agents (Council Directive) Regulations 1993:Businesses must always consider whether the Commercial Agents (Council Directive) Regulations 1993 apply to the arrangement. If they do apply, certain terms will automatically apply to the agency. In particular, the business may have to pay the agent compensation on termination or expiry of the agency.

Bribery Act 2010: Under the Bribery Act 2010, a business will be criminally liable for acts of bribery committed by its agents intending to obtain or retain business or a business advantage for the business. Agencies provide an opportunity for bribery, with some of the agency commission being paid on to a person who can determine the purchasing decision. A business should carry out background checks on the proposed transaction, jurisdiction and the agent’s reputation. The business should also consider putting in place adequate procedures to mitigate the risk, for example, by:

A UK distributor will wish to impose compliance and assistance obligations on its suppliers, which might include the principal making the appointment under a distribution agreement.

The content of this Business Briefing is for information only and does not constitute legal advice. It states the law as at December 2015. We recommend that specific professional advice is obtained on any particular matter. We do not accept responsibility for any loss arising as a result of the use of the information contained in this briefing.