A Lawyer’s Perspective on Mediation 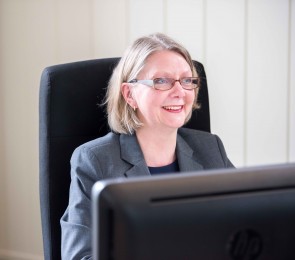 Sharon Auton, who leads the TSP Dispute Resolution team, answers questions about her experiences of using mediation from the lawyer’s perspective.

The definition is “An attempt to bring about a peaceful settlement or compromise between disputants through the objective intervention of a neutral party”.

I have been involved in many mediations involving all sorts of disputes. I have been amazed by cases that have settled where I was doubtful they would, and where participants ended up rebuilding relationships that had faltered over the disputes. It is particularly rewarding when that happens.

The mediator is trained, impartial and independent. They will generally have received a bundle of documents before the mediation commences and will have received each participant’s side of the story. It is not the mediator’s job to judge; it is the mediator’s job to help the parties reach a resolution. It is each other they must convince, not the mediator. Quite often there will be an open session in which the participants can have their say, which can be quite therapeutic. Sometimes, participants just want to be heard. You don’t have this opportunity in Court. You do not usually have the same opportunity to vent in this way.

Mediation has a structure, timetable and dynamics that “ordinary” negotiation lacks. The process is private and confidential, and is without prejudice (meaning it cannot later be disclosed within court proceedings, should the mediation fail). The presence of a mediator is the key distinguishing feature of the process. Mediators use various techniques to open, or improve, dialogue between disputants, aiming to help the parties reach an agreement on the disputed matter. The mediator must be wholly impartial and independent.

As a party in a dispute, what prompted you to mediate?

Litigation is generally a very expensive exercise. There are also limitations to what the Court can award; quite often it is an all or nothing situation. There are so many variables which increase the risks involved. You may have spent a year or more preparing the case for trial, but you don’t know if the Judge will have got out of bed the wrong side or not had time for breakfast that morning. Mediation can be undertaken at almost any stage of a dispute and you can agree on a mediator all participants consider suitable for the role. You cannot choose your Judge. It is also possible that relationships can be repaired if a satisfactory resolution is found which both parties can live with.

What risks did you think you were taking when you agreed to mediate?

There is always a risk that the mediation will not settle the dispute and the costs incurred for the mediation will add to the overall costs incurred. Some participants used to see mediation as a “fishing expedition”, but that view is quite dated now. In litigation parties are generally encouraged to exchange documents before issuing legal proceedings, and are required to disclose their documents once proceedings are issued. Additionally, the figures do show that mediation is an incredibly effective means of resolving disputes. According to www.clerksroom.com, “80%-90% of mediations result in a successful settlement.” In my experience I have only had one mediation which has not settled, and in that particular case there were three participants involved and settlement was reached between two of the participants.

How difficult/easy was it to persuade the other side to mediate?

This is generally quite easy as the Court can penalise a party for unreasonably refusing to agree to mediation. Most litigators will be aware of the costs and risks of proceeding to trial, and although mediation is appropriate in most cases, it is not appropriate in all, for instance where a party is either right or wrong. Generally for mediation to be successful there needs to be some form of compromise available.  Official statistics show that, historically, only 3% to 3.5% of all cases issued in court have gone to a final hearing as parties are encouraged to seek to resolve disputes all the way along.

What value would you give mediation over litigation?

If you have a dispute which is arguable then it is definitely worth considering mediation. If you have a dispute which involves family members, for example in contentious probate proceedings, it is definitely worth it and generally much less expensive than litigating. You have to weigh up the costs and time that the dispute will take to reach trial (this is not a quick process, it often takes a year or more for a case to reach trial) and the certainty that reaching a resolution at mediation provides.

How satisfied were you / the client with the outcome?

I have had some incredibly successful mediations where clients have been delighted with the outcome. I had one case involving three elderly sisters and I was worried about the stress and upset the mediation was likely to cause them. I had the tissues ready. We ended up reaching the terms of settlement quite early in the mediation and the three sisters had a fabulous day out and really enjoyed it. The tissues were not needed! Other cases have settled where both parties walked away with a slightly bitter taste in their mouths, but the participants were relieved it was settled and they could draw a line under it and move on.

As well as being a Dispute Resolution Lawyer, Sharon is also a trained and accredited mediator. Sharon and her colleague, Mary Anne Fedeyko, offer a full Mediation service, details of which can be found here. Alternatively Sharon can be contacted on 01206 217043 or sharon.auton@tsplegal.com.