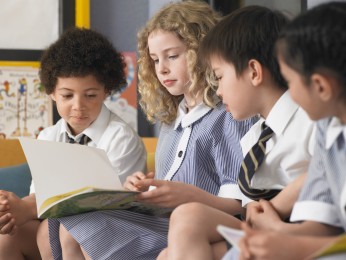 Families involved in relationship breakdown and separation often need help and advice when it comes to agreeing the arrangements for their children and there are many issues which they must deal with. These include key decisions relating to the child’s upbringing, such as deciding what school their child should attend, what medical treatment they should receive and matters relating to their religion. Parents must also decide the practical day-to-day arrangements concerning where the child will live and how much time they will spend with each parent. They may also need to agree matters relating to the child travelling abroad for a holiday or even relocating internationally with one or other of the parents.

In cases where separated parents cannot agree the arrangements for their children, either directly between themselves, or with the assistance of a third party such as a mediator, family lawyer or collaborative lawyer, they may need to consider making an application to the Family Court for an order dealing with such matters. These applications are generally known as “private family law applications” and involve parents applying for a Family Court order under section 8 of the Children Act 1989. In deciding any such application the child’s welfare will be the Court’s paramount consideration and the Court must consider a statutory checklist of factors when assessing what is in the child’s best interests.

The Law Society Gazette has recently published an article highlighting the concerns voiced by family lawyers on these latest private family law demand figures released by CAFCASS. A copy of the article can be read here.

As set out in the article, the chairs of both the Law Society’s Family Law Committee and Resolution’s Children Committee have expressed deep concern about these latest figures and are said to have blamed the legal aid cuts as the root of the problem.  Since the introduction in April 2013 of the Legal Aid, Sentencing and Punishment of Offenders Act 2012 (LASPO) public funding is no longer available for most private family law cases, unless the parties can meet the high threshold test to be granted exceptional funding. Judicial criticism of the removal of legal aid for most private family law applications has recently been made by the Head of the Family Division, Sir James Munby, who has suggested that there may be circumstances when HM Courts and Tribunals Service should be ordered to pay for lawyers and experts in private family law cases “as a last resort” where legal aid has been refused. The Ministry of Justice is said to be “considering” Munby’s suggestion.

Whilst public funding remains available for mediation as an out-of-court option, figures released by the Ministry of Justice show, in fact, that the number of cases being referred to mediation has also fallen. Therefore, there is doubt amongst family lawyers that the reduction in the number of private law applications results from more people attending mediation. Instead, separated parents may simply be giving up on the courts and not finding their way through all of the different options regarding their children. Many do not realise that legal aid is still available for mediation. The repercussions of this could be far-reaching and family lawyers are worried that many families may be taking matters into their own hands rather than seeking legal advice or assistance, help in mediation or help through the Family Court.

Commenting on the speech delivered by the Prime Minister David Cameron at the Relationships Alliance Summit held on 18 August 2014, Jo Edwards, Resolution Chair, expressed similar concerns, stating that the legal aid cuts have undermined the government’s aim of supporting families through relationship breakdown and separation, “in particular where one parent has lost contact with their children because they can’t access legal advice during separation.” She states that separating families “are not getting the crucial support they need”.