TSP Legal > News > Business Briefings > Writing a Will during COVID-19

Writing a Will during COVID-19 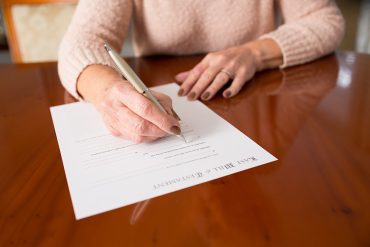 NHS workers fighting Covid-19 on the front line, together with the elderly and vulnerable, lie behind a huge spike in demand for will writing over recent weeks, according to the professional body for solicitors.

The Law Society says many firms have reported a 30% increase, as a result of worries about the coronavirus pandemic, but the lockdown and self-isolation are creating new challenges in getting the wills drafted and signed while still complying with legal requirements.

There has been a surge in people looking to set up powers of attorney as well, to enable others to act on their behalf in managing their financial, property and other affairs, but that is also proving a challenge during the current crisis.

“It’s important to get it right when dealing with vital documents involving your assets,” explained Fiona Ashworth, Head of Wills and Estates. “There are issues around demonstrating that someone has the ability to make such decisions if they are elderly or unwell, as it is likely to be difficult to get a doctor to verify their capacity with the current pressure on the NHS, which may be needed if the will or power of attorney is later to stand up in court.

“In such situations, the ideal is to sit down with the person face to face to get a sense of how they articulate their choices and to be sure the outcomes are what they really want, whether deciding who will inherit through their will, or appointing attorneys to manage their affairs.”

In today’s climate, such discussions are more likely to be by telephone, email or possibly video conferencing, particularly where someone is ill, but if an independent professional is involved, there is a greater chance that wishes will later stand.  They will check if you are leaving yourself open to claims on your estate by excluding anyone, and advise on the appointment of attorneys, to be sure they are fit for the task and understand their responsibilities and how they will be held accountable.

A professional can also help to ensure that the will or power of attorney is legally binding, as the actual signing and witnessing of a will remains an exception to the recent shift towards accepting electronic signatures on contracts and many deeds in England and Wales.

While live video witnessing in such situations is under discussion, the current rule is that anyone making a will must sign in the presence of two witnesses, who must in turn sign in the presence of the person making the will.  Physical presence is essential but presents a real challenge given the present regulations requiring social distancing, particularly as anyone who is a beneficiary will lose their gift under a will if they witness it.  It means that immediate family members, who are most likely to be available, cannot be a witness if they stand to inherit anything.

Even witnessing from the next room or through a window might be challenged as not being formally in the presence of the person making the will, although in a case that went to court almost 250 years ago it was agreed to be sufficient to have two witnesses who are in line of sight even though they were not in the same room. (Casson v Dade 1781)

“It’s very difficult to avoid all contact,” explained Fiona Ashworth.  “Many solicitors are going through documents and then overseeing the signing through a window, but some advice suggests that the virus could survive on paper for up to 12 hours, so that it could be transferred from person to person just by handling the draft will, which is a worry.  It’s important to recognise that, and use sanitiser, gloves and separate pens to protect someone who is likely to be vulnerable, or where someone is already infected.”

Why make a will?

Research shows that half of all adults in the UK do not have a will in place, with the figure rising to almost 60% among parents.

Many avoid making a will because they imagine their assets will go automatically to their partner, or that their family will be left to decide how to make the distribution.  But without a will, the intestacy rules come into play, which govern how a person’s estate is distributed if they die ‘intestate’.

The rules have a strict order of distribution and do not provide for any cohabiting partner, irrespective of the length of the relationship.  They also allow children under 18 to receive assets without any control over how the money is spent.

Having a will setting out what you wish to happen if you die before your children are 18 is the only legal way to be sure they will be provided for and brought up in the way you wish, with the guardians you choose.

If you drew up your will before getting married, it is automatically invalidated on marriage, unless it was drafted in expectation of the ceremony.  And if you are in the process of getting divorced, any existing will remains valid until the decree absolute is confirmed, even if you have separated or received your decree nisi, meaning the spouse you are divorcing would benefit if those are the terms of your existing will.

Equally, if you do not have a will and something were to happen to you before the divorce is completed then the intestacy rules would apply and, again, it would be the spouse you are divorcing who would benefit, not  your children or a new partner, parents or siblings.    This may be the outcome you would wish to have happen, but if not, the only way to ensure that your wishes are carried out is to make a new will to cover your current situation and this can be done at any stage of the separation and divorce process.