Cupcake Day in aid of the Alzheimer’s Society 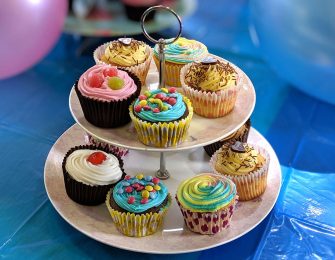 Thompson Smith and Puxon was pleased to once again support the Alzheimer’s Society ‘Cupcake Day’ on Thursday 13th June. ‘Cupcake Day’ is a national fundraising campaign organised by the Alzheimer’s Society which aims to raise awareness about dementia by encouraging people to host cupcake sales at home and at work with all donations going towards research into the illness and local support services for people living with dementia.

Here at TSP we held a staff cupcake sale; cupcakes baked or donated by staff were on sale for a small donation. We also had cupcakes on offer to the attendees of our networking breakfast hosted by the Wills and Estates team on Cupcake Day. Thank you to everyone who attended breakfast and contributed! Together we raised a grand total of £132 for the Alzheimer’s Society. You can find out more about the Alzheimer’s Society here.

Thompson Smith and Puxon is committed to raising awareness of dementia and supporting  clients living with dementia by making access to legal services as easy as possible for them. This may include visiting clients where they live, by seeing them at certain times of the day or making adjustments in our offices and meeting rooms.

Thompson Smith and Puxon  ispleased to be a member of Dementia Action Alliance (DAA) and, in particular, the local groups in both Colchester and Tendring. The DAA helps organisations across England to connect, share best practice and take action on dementia. The alliance is divided into districts and each district has set their own principal aims. However, the overriding aim for all groups is to raise awareness of dementia and to create dementia friendly communities which meet the needs of those living with dementia and their carers. Members have to commit to a series of planned actions which contribute to this goal. You can find out more about the Dementia Action Alliance here.

We are also very proud that TSP has many staff members who are Dementia Friends During Dementia Action Week Rob Wallace of Bluebird Care provided Dementia Friends training for  us. The intention of the Dementia Friend scheme is for people to learn more about dementia and the ways in which they can help others and thereby create a more dementia-friendly community. Dementia Friends do not have to commit any particular time to the scheme, but the actions of a Dementia Friend could for example include visiting a person they know with dementia or telling people in the community about the scheme.

The Thompson Smith and Puxon Wills and Estates team can be contacted on 01206 574431 or by email at info@tsplegal.com.