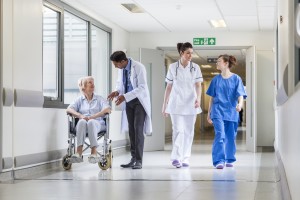 The TSP Clinical Negligence team recently handled a claim for Mr V’s partner and young son, following his death by suicide in a secure mental health unit. The team also supported Mr V’s family at the Inquest into his death.

The Claimant’s partner Mr V was being cared for in a secure mental health unit suffering with severe anxiety, depression and alcohol dependency. He was to be nursed on Level 2 observations, four times per hour. After a full assessment by a doctor Mr V was put on an increased level of observations of 12 times an hour because the doctor assessed him as being at high risk of suicide. He then made two attempts to take his own life so his observation levels were increased to level 3 which meant that he was to be within eyesight of a nurse at all times.

For reasons that are unknown and contrary to the Trust’s own policy, Mr V was allowed to leave the unit despite the fact that he was expressing highly suicidal thoughts. Mr V returned to the secure unit but he was not searched upon re-entry. The next day, without consultant permission, his observation levels were decreased from level 3 to level 2. The next day Mr V took his own life by hanging in his room within the secure unit. The Trust that ran the unit admitted full liability for failing to properly care for Mr V when he was at his most vulnerable and accepted that their lack of care led to his death, which was preventable. The Trust issued a full apology to Mr V’s partner and young son, who received £100,000 compensation.