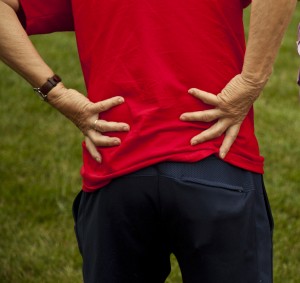 Mr L underwent a left total hip replacement. A week later he was in extreme pain and could hear a clicking noise when he moved his left leg. He also noticed that there was a significant difference in the length of his legs.

When Mr L saw his Consultant Surgeon at the post-op review it was noted that he had severe leg length discrepancy. He continued to complain of pain and a clunking noise which seemed to come from the left hip joint. He attended several consultations with the Consultant Surgeon who continued to report that he was doing well and that nothing was wrong. It was also reported that the x-rays were all satisfactory. After several consultations of this nature Mr L became concerned about the care he was receiving from the hospital and sought a second opinion. Another consultant then advised that the clicking was unlikely to settle satisfactorily and recommended surgical exploration of the hip joint.

During this procedure the hip joint was dislocated and the femoral head was replaced.   However, the painful clunking continued and Mr L was referred for a specialist opinion. The new specialist discovered, on reviewing x-ray films of Mr L’s left hip, that one of the sockets of the artificial hip replacement was ‘grossly’ retroverted. In other words, the main component of the hip joint had been inserted at entirely the wrong angle, causing all the pain and clicking that Mr L was experiencing.

Mr L was readmitted to hospital and underwent revision surgery of the entire left hip replacement.   Mr L made a good recovery and has not suffered with painful clunking in his left hip since the surgery, although he has had persistent problems with his back and ankles which interfere with his mobility. These ongoing symptoms were said to have been caused by the hip joint being in the wrong position for nearly three years. Mr L was awarded £150,000.