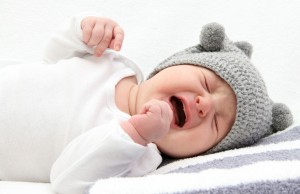 Baby J, seven months old, developed a lump in his groin. His mother took him to their GP who telephoned the hospital and was told by the hospital to send Baby J there immediately. Baby J was taken by car to the hospital and after being seen by several people his mother was eventually told that he could not be treated at the hospital as he is under one year old and he will have to be taken to a specialist hospital 60 miles away.

Baby J was in significant pain: he was extremely distressed and constantly crying. No pain relief medication was administered to Baby J while he was the first hospital and he was sent to the second hospital, by car, in great distress, during the rush hour. The journey took two hours, during which time Baby J became more and more distressed.

At the specialist hospital the doctors diagnosed testicular torsion, this is when the cord inside the testicle becomes twisted, cutting off the blood supply. Despite undergoing emergency surgery, unfortunately, the left testicle atrophied and did not survive the torsion, so it had to be removed.

Because he was sent to the wrong hospital Baby J suffered a prolonged period of intense pain and suffering that could have been eased and limited by appropriate pain relief medication, being sent to the right hospital in the first place and provision of hospital transport to the specialist hospital.

To reflect this pain and suffering Baby J’s parents received £1,000 in compensation to be released to him on his 18th birthday.