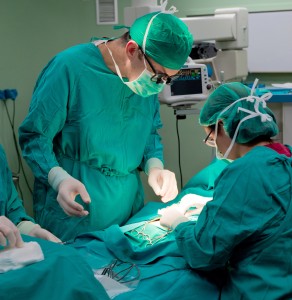 Mrs G underwent gastric bypass surgery during which she sustained a perforation to her oesophagus causing sepsis, pleural effusion and vestibular disease. Investigations have revealed that it was a breach of the surgeon’s duty of care to perforate the oesophagus during the operation. Negotiations are underway with the Trust involved.