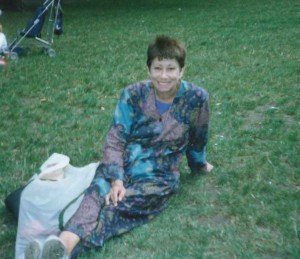 On 26 April 2012 the Jury at the inquest into the death of Carol Anne Brook found that she killed herself but policy and procedural shortfalls may have contributed to her death.

The inquest, presided over by HM Coroner for Essex, Mrs Caroline Beasley – Murray, opened on Tuesday 24th April 2012 at the Coroner’s Court in Chelmsford, nearly six years after Carol’s death at Wickford Railway Station on 4th September 2006. Carol, who was 53 at the time, died after leaving Runwell Hospital, Wickford, despite having been detained there under the Mental Health Act since October 2005.

A long-term mental health patient who had been in psychiatric care for most of her adult life, Carol had a history of severe self-neglect and attempts to take her own life, and she had made repeated attempts to run away from the units in which she was detained. The mother of two threw herself in front of a train at Wickford station after she absconded from Chalkwell Ward at Runwell Hospital allegedly via a window.

During the course of the inquest the Jury heard evidence from Carol’s Consultant Psychiatrist, Dr Flechner, and both the Ward Manager and the Modern Matron who were in charge of Chalkwell Ward at the time of Carol’s death. None of those questioned could categorically confirm how Carol came to leave the hospital on the day that she died but thought that she had left through a window, which had later been found opened to its fullest extent. Unfortunately, this was the same window through which a young male patient had also escaped four months previously. Janet Porter, Chalkwell’s Modern Matron, accepted the findings of the South Essex Partnership University NHS Foundation Trust’s own investigation that the window should have been boarded after the first incident to stop the same thing happening again.

The Jury also heard evidence from a student nurse working at Runwell Hospital at the time. As he was arriving for work on 4th September 2006 he saw a woman (who it was later established was Carol) walking away from the hospital grounds. He recognised her only as an inpatient at the hospital and, after conferring with colleagues, thought that she may have been an inpatient on Boleyn Ward. He therefore telephoned Boleyn Ward to alert them to the fact that one of their patients might be missing, but they were able to account for all of their patients. Unfortunately this information was not then disseminated to other wards as it should have been in accordance with the hospitals own AWOL policy. In her evidence to the Court, Janet Porter again accepted that Boleyn Ward should have ensured that this information was circulated throughout the hospital. As it was, approximately an hour passed between the sighting of Carol and the time she died.

Carol Brook’s daughter Jennifer, now 20, who bravely read a statement about her own relationship with her mother to the Court on the first day of proceedings, said “Mum died when I was 15 years old. She had a long-standing psychiatric illness which meant that during my childhood she spent a lot of time in hospital, but, even though I did not have what most people would call a normal relationship with my mum, she was very special to me and I loved her very much. When she was in hospital my dad made sure that I saw her nearly every day, and during the times when she was well and not in hospital we would go to the park or shopping; she would help my brother and me with our homework; or we would have friends over for tea. When my mum died she was being treated as an inpatient at Runwell Hospital, and, as much as I wanted her to be able to come home and live with us on a permanent basis, I knew, even at 15 as I was then, that Mum was kept in hospital for her own safety.”

“In the weeks and months before she died, Mum had been extremely unwell. There were many tough times, but, whilst I understand that Mum was not the easiest patient for the hospital to care for, they had a responsibility to make sure that she was kept safe and did not harm herself. I have always been concerned that they may have failed in this duty of care and I am pleased that the jury has highlighted their potential shortfalls when returning its verdict.  It has taken my dad, my brother David and me six years from when Mum died to reach this point, but, with the help of our solicitor, Naomi Eady from Thompson Smith and Puxon, the inquest has now taken place and I am relieved that finally the circumstances which led to my mum’s death have been fully investigated and the truth told.”

Naomi Eady, Clinical Negligence Solicitor at Thompson Smith and Puxon said, “Instances where patients abscond from UK mental health care institutions and harm themselves are rare, but reports of this type of incident are increasing. The jury in this case found that Mrs Brook killed herself but policy and procedural shortfalls {at the Trust} may have contributed to her death. Carol’s death was devastating for the family she left behind and I am pleased that the verdict will finally allow them some closure.”