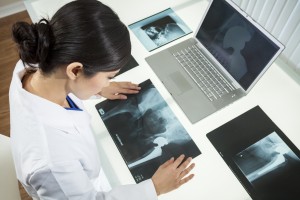 Mrs B underwent a hip replacement operation at in June 2008.  Unfortunately the operation was complicated and following the surgery her legs were significantly different in length (2-3cms) as a result.  At the end of 2008 Mrs B underwent a repair operation which was revisited in January 2009 to adjust the angle of the hip socket.

Unfortunately Mrs B continued to suffer problems with dislocation of her hip, and she underwent further surgery following those dislocations. TSP was instructed in 2010 and obtained the advice of a consultant orthopaedic surgeon.  The gist of the advice was that the original operation had been negligently performed in that the leg lengths were too different and also that the hip socket had not been reconstructed at an adequate angle.  This put Mrs B at a higher than usual risk of dislocations.

The claim was settled for £50,000.00 in July 2011.  Mrs A had relatively few expenses and the claim was mainly for pain, suffering and loss of amenity. Julian Wilson handles Mrs B’s Claim.