Compensation - In the region of £6.2million 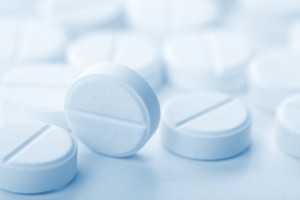 In March 2012 the TSP Clinical Negligence team settled a claim on behalf of the parents (as litigation friends) of Christopher Lines.

Following his admission to the Lakes Mental Health Unit in Colchester in early June 2008, Christopher, who was 29 at the time, was prescribed an incorrect medication regime at excessive doses. This medication regime reduced his blood oxygen saturation levels, which meant that insufficient oxygen was reaching his brain. Had Christopher been monitored appropriately this lack of oxygen would have been noticed and action could have been taken to rectify the problem; as it was, Christopher was left in an unconscious condition for approximately 18 hours, resulting in profound brain injury.

Christopher has been left with very little capacity for communication, very limited use of his arms and legs, and he is entirely dependant on others for all of his daily needs; what is more, his life expectancy has been compromised.

The NHS Litigation Authority made a full and frank admission of liability for the claim at a very early stage and negotiations followed regarding the level of settlement. Approved by the Royal Courts of Justice in March 2012, Christopher was awarded a lump sum payment of £2.1 million, with annual payments of £205,000 for a care package for the remainder of his life. Capitalised, the total award equates to a lump sum in the region of £6.2 million. Christopher’s parents have been appointed his Deputies by the Court of Protection as he cannot manage his own affairs.

Christopher’s father Steve Lines, whilst relieved that Christopher’s claim has finally been settled, said “Pursuing this claim on behalf of our son, Christopher, has taken four years out of our lives and had a profound effect on our family. Christopher’s settlement will, no doubt, seem like a lot of money to some people, but every single penny will be needed to ensure that Christopher is well looked after on a daily basis and that his future is securely provided for. As Christopher’s Deputies, my wife Carole and I are determined that this settlement will be spent wisely on his behalf.”

“The treatment Chris received from the medical profession was appalling. He needed their help, but they have destroyed his life. He can no longer kick a football with his son or enjoy watching him grow. There is sadness in our lives because of this, but also a lot of joy, as every day brings another milestone, when Chris laughs or remembers words we thought he had lost forever. We try, as best we can, to make sure that Chris is still able to experience life. He has a great team of carers who take him swimming, to the park, to the cinema, and thanks to the charity the Wolverstone Project he has also been able to go sailing.”

“We want to thank the critical care department at Colchester Hospital who looked after Christopher following his brain injury; their care was outstanding and without it we would not have Christopher with us today. However, we sincerely hope that what happened to Chris four years ago is never, ever allowed to happen again and that the Trust has learnt from the mistakes which they made. We would also like to thank TSP, and in particular Stephen Skinner, for helping us to get this far. Their advice and expertise has been crucial throughout.”

It is thanks to his parents’ great care and determination during the last 4 years that Christopher, who has been living at home for the past 18 months, will be able, later in the year, to move into his own bungalow, next door to his parents’ home. This has already been bought on Christopher’s behalf and now that the settlement has been approved, work will start on adapting it for Christopher’s needs; ramps are being fitted, doors widened and a hydrotherapy pool fitted.

Julian Wilson, Head of the Clinical Negligence team at Thompson Smith and Puxon, said “In the vast majority of cases medical treatment in this country is carried out very competently. However, in Christopher’s case a series of mistakes led to a catastrophic brain injury to him from which he will never recover. Christopher’s parents’ main concern in this litigation has always been to secure Christopher’s future, and this settlement achieves that.”