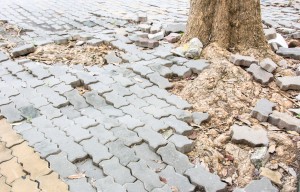 Mrs M suffered a tripping accident on a local authority pavement in 2011. She is blind and tripped on a protruding tree root.

A letter of claim was sent to the Council who denied liability. A site visit was arranged with a representative of the local authority and ultimately a Part 36 Offer involving a 50/50 split on liability was made, and agreed by the Council, to achieve settlement.

Mrs M sustained lacerations to her head, face and eyes and psychological damage. She had cognitive behavioural therapy to assist with her psychological symptoms, which improved, and within a year or so of the accident she had no continuing physical symptoms.

Medical reports were obtained from the accident and emergency consultant and a consultant clinical psychologist. Damages ultimately were agreed, without Court proceedings, at £7,220.00.