Incorrectly Asked to Walk to the Ambulance 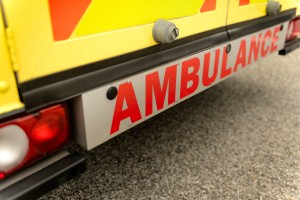 The TSP Clinical Negligence team recently acted for the widow of a man who collapsed and died at the doors of the ambulance.

The ambulance was called to Mr U, an obese man in his 50s who was suffering with breathing difficulties. The ambulance attended very quickly. However, Mr U was not assessed as a possible heart patient by the attending paramedics and due to his size was encouraged to walk to the ambulance.

Unfortunately the walk to the ambulance put Mr U’s heart at risk and he collapsed and died at the doors of the ambulance.  The team secured compensation for Mr U’s widow.