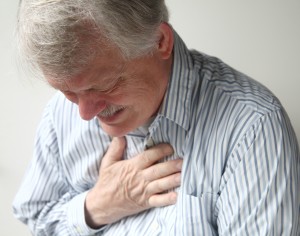 Mr E suffered from deep vein thrombosis after radical and lengthy surgery to remove cancer. A few days after discharge he was seen by his GP with pain in his left calf but was not referred back to hospital. The condition developed and he then suffered from pulmonary emboli. This is when the clot travels from another part of the body through the heart and disperses in the lungs causing respiratory problems. Unfortunately, Mr E is still experiencing respiratory problems. Investigations have revealed that he should have been referred back to hospital immediately by the GP and had this been done the extent of the pulmonary emboli, and therefore his respiratory injury, would have been limited. Investigations are ongoing.