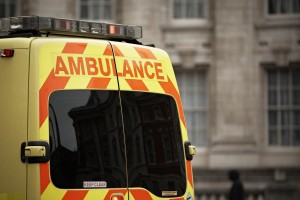 This is a landmark case that has been widely reported in the press and online. TSP did not work on this case. It is given as an example clinical negligence claim where there has been a delay in the ambulance arriving.

Case Details: Ceri Leigh boarded a bus in London in November 2008. Whilst taking her seat she twisted and dislocated her knee and became trapped between the seats. Her fellow passengers came to her aid and an ambulance was called at 19.02. There was a delay in the ambulance arriving (19.50) and during this time several more calls were made. The Trust accepted that the ambulance should have arrived no later than 19:33

When the paramedics arrived they were able to administer pain relief and manipulated the knee back into position. However, following the incident Ms Leigh suffered dissociative seizures and Post Traumatic Stress Disorder (PTSD). Ms Leigh claimed that the delay in the ambulance arriving contributed to the psychiatric and psychological damage that she suffered, and, whilst the Ambulance Trust denied this, the Judge agreed that the 17 minute delay materially contributed to her PTSD.

She was awarded a sum of £522,379 made up of general damages and figures for past and future losses.