TSP Legal > Case Studies > Be Careful What You Say! 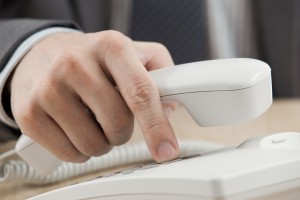 An employee of a company was sacked for gross misconduct. The employee said he had been wrongfully dismissed. A director of the company telephoned a number of people and warned them not to employ the sacked employee, saying that he was dishonest and untrustworthy. The employee found out about the telephone calls and complained that he had been unable to get a job as a result of the slanderous nature of the calls. The dispute was settled before court proceedings were issued, with the company undertaking not to repeat the comments complained of and paying the employee a sum of money in compensation, notwithstanding the fact that the employee could not say precisely what had been said in the telephone conversations, because he did not hear them himself, and the possibility that what was said was true.

If you need help with a defamation case please contact Judith Winward a solicitor in the TSP Dispute Resolution team.