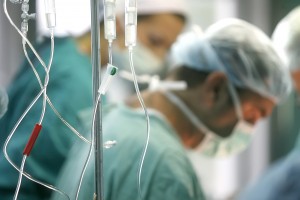 Mrs Patricia Bagley is relieved that justice has finally been done following the death of her husband Dennis in Colchester General Hospital in January 2009.

Mr Bagley died in hospital after doctors failed to spot a blood clot following a routine ankle operation. Mr Bagley, who was not prescribed anti-coagulants, was given an electrocardiogram (ECG) after he collapsed in a bathroom at the hospital following his operation. However, doctors did not follow up on the abnormal results of the ECG. Mr Bagley’s condition deteriorated and he died the next day.

Mrs Bagley spent 30 months, (much of that time working with TSP), fighting to get the hospital to admit that it was wrong, and has finally received a formal apology, significant compensation and costs from the Trust which runs the hospital. Mrs Bagley is speaking out about what happened to her husband and the heartache and torment that she and her family have suffered because she wants to make people aware of what went wrong so that it never happens to anybody else.

Mrs Bagley said “If anyone has a suspicion, then they should fight, ask about everything, and take nothing at face value. If I ever go into hospital I will tell them that I lost my husband through medical negligence and that I have no confidence in them at all and that me and my family will be monitoring any treatment I receive during my stay. I only had four and a half years of retirement with my husband and I was determined to get justice on his behalf. “

Julian Wilson “Every life lost through a mistake is one too many and is devastating for those left behind. TSP is there to support its clients in their search for compensation and also in their efforts to get their lives back on track.”