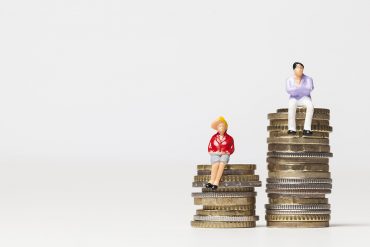 On 1 April 2018 the Government increased the hourly rates for the National Minimum Wage and the National Living Wage.

The following hourly rates will apply from that date:

The young workers rate (workers aged under 18 but above the compulsory school age who are not apprentices) increases to £4.20 from £4.05.

More information on the National Minimum Wage and National Living Wage can be found on the Gov.UK website here.

In April 2017 the government brought in measures to reduce the gender pay gap within UK businesses and organisations by requiring every company with over 250 employees to report information concerning the size of the pay gap between men and women. The idea of the scheme was to make the information publicly available for customers, employees and the general public to encourage companies to improve the gender pay gap within their firm.

The company results must be posted on the company’s own website and a government site. The deadline for submitting the results was 4 April 2018.

Since the scheme was introduced the results have been well documented in the press with large companies reporting high percentage differences in pay rates between men and women, such as Ryanair who reported a 71.8% gender pay gap. When comparing business sectors, Construction has come out worst showing the biggest gender pay gap closely followed by Finance and Insurance, while Health and Accommodation and Food sectors have shown the smallest gap. (Source: BBC News)

For firms that did not report on their company’s pay gap by the deadline the Equality and Human Rights Commission have stated that they will take enforcement action against any firm that does not comply. This includes an investigation to confirm a breach of regulation, followed by seeking a court order requiring compliance. If there is still failure to comply this could lead to punishment with an unlimited fine. (Source: Equality and Human Rights Commission)

More information on gender pay gap reporting can be found on the ACAS website here.

If you need advice on an Employment matter the Thompson Smith and Puxon Employment team can be contacted on 01206 574431 or by email at info@tsplegal.com.

The content of this update is for information only and does not constitute legal advice. It states the situation as at April 2018. We recommend that specific professional advice is obtained on any particular matter. We do not accept responsibility for any loss arising as a result of the use of the information contained in this update.